SO, is blogging a thing of the past? I’m not sure as facebook has absorbed the better half of my time. I realized I hadn’t written anything here in quite sometime and perhaps many of my readers have lost interest… I do not know. What I do see is a social revolution taking place via facebook. It’s a huge factor in how Obama got elected and it’s certainly a barometer for people to see what issues affect the world and the numbers that care about the various issues. I have found it utterly fascinating that a group I started on facebook for Watts Towers has members from Italy and everywhere else now. There are peace groups and whale watchers, global warming groups and bring peace to the middle east groups. The most fascinating and amazing thing to me was watching the President speak and watch this live feed through CNN in conjunction with facebook. One side of the screen was the live video and the other part of the screen was the world chatting, live, leaving their comments as he spoke. This is the revolution. The revolution will not be televised but it my be on computer monitors.
Aside from all this amazing technology, I have a new studio in Santa Barbara that is warm and almost ready to work in, thanks to my industrious husband who is incredibly handy with electric saws and sewing machines, nail guns and more!!! and willing to share the talents and energies to assist me!!! Lucky me!

Planted a new crop of vegetables in my garden this week, watermelons, squash, tomatoes, peppers and basil. Pulled a million weeds and put a lot of snails in the green waste container so they can eat and thrive as they travel to wherever it is green waste goes. The succulents are thriving and our orange tree is covered in perfumed blossoms that intoxicate as they deliver the scent to your nose.
Off to the desert to give a mosaic workshop, then San Diego for a mosaic conference and then back to the desert for three art openings. I have a mosaic piece in the jack rabbit homestead festival which should be an amazing show thanks to Chris Carraher and Kim Stringfellow. Go Jack go!!! 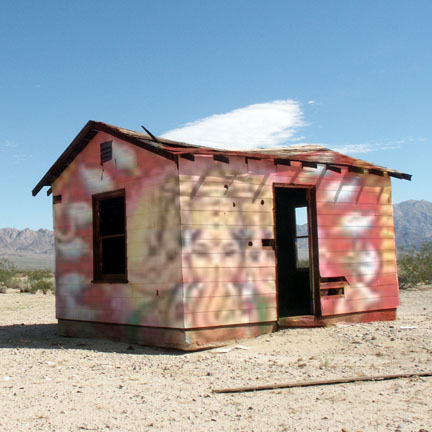 See you there!!! and remember to “Be the change that you want to see” – Gandhi
One more note on facebook. The group IUOMA (International Union of Mail Artists) just gave me the position of Center of the Universe. I did request it, as Middle of Nowhere was already taken but it PLEASES me to have this title… I can already feel the whirlwind…PEACE

2 thoughts on “The ancient ways of blogging”