Jackadandy was asking about the origins of the tiles at the Biltmore. So here is what I found out and I intend to look further. The Biltmore design team rediscovered the building’s original tile manufacturer, Gladding McBean and they also learned that Gladding McBean made the original tile murals that reside in the halls of the hotel and have interesting linkages to the tile displays in the Casa de Herrera (a nearby historic estate) and Santa Barbara’s historic courthouse.

These historic tile murals are intrinsic to the hotel and to the history of Santa Barbara. The
Biltmore’s tiled tradition began in the original 1920s construction with the implementation of
hand-crafted wall tiles, which weave historic stories of the Santa Barbara area. 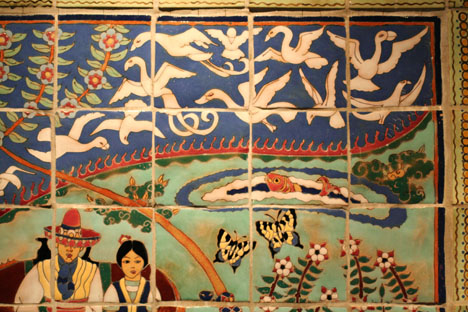